At the end of February, my heart and my Google Calendar were both full. I had just finished leading, for the seventh year in a row, a mission of extraordinary adolescents to the Tri-State region as part of the “Write On For Israel” program. We had just had a wonderful time together exploring Israel and its society. We had met Israeli teenagers, both Jews and Arabs. We had met Palestinians and leading thinkers and figures of Israeli society from all religious and political backgrounds and we truly understood that there is much more than the media perception of this wonderful but complex land. This program was the culmination of two years of classroom study to prepare them to defend Israel on the sometimes hostile North American college campuses. The consensus was that despite the excellent teaching and preparation outside of Israel, you don’t really “get it” until you’ve spent time with Israelis in Israel.

And then the bubble burst. Who knew this would be the last group I would lead for the next 20 months (and it continues)? My schedule was filled with groups until the end of the year from the United States, Canada, United Kingdom, South Africa and Australia. I had the chance to do what I loved. Spread the light of our special country. My fellow receptive tourism guides are in a similar situation. We have gone from busy schedules to a strange silence that has no end in sight.

My professional colleagues, like me, have taken years to prepare for this profession. We have all completed the grueling two year course at the Ministry of Tourism and many of us have advanced degrees in topics related to our guide. I would like to share the words of two of my fellow tour guides. Both Barak and Joel have been guiding for years and are excellent passionate and super guides and human beings. Both have families to support and have given the best years of their lives to our country and to this profession. 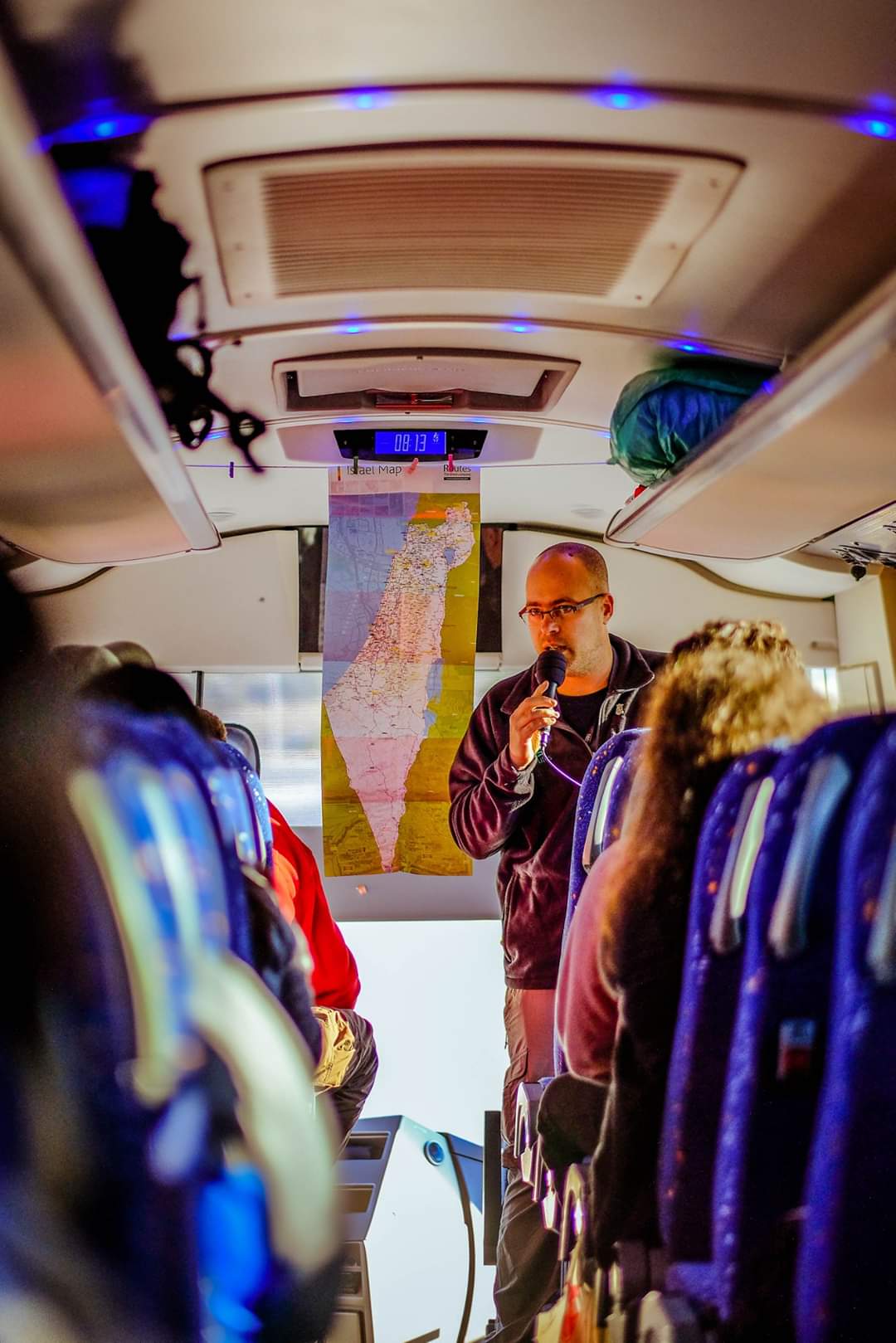 It’s just heartbreaking to read what is going on in their lives, and indeed in the lives of all of us incoming tour guides. Their voice is our voice. Barak Berkovich recently shared his thoughts on his Facebook page,

Recently everyone has returned to a work routine in one form or another. Everyone except us, who are engaged in inbound tourism. Out of ten guides I speak to, at least seven have started taking antidepressants. I talk to other guides, all they say is, “I can’t take it anymore, how am I going to get food for the children?” I’m afraid of losing my house, if I hear of another closure I’ll jump off the roof (unfortunately a guide has already committed suicide). ‘ Just today I got the message that all of my bands have canceled until the end of the year. We have no government unemployment, no state financial aid, and nobody cares. We are not big but we are a very important group, in my opinion, for the country to have as its representatives in the face of media distortions against Israel. I feel so depressed, so anxious, and I have such a sense of hopelessness. It’s so frustrating! 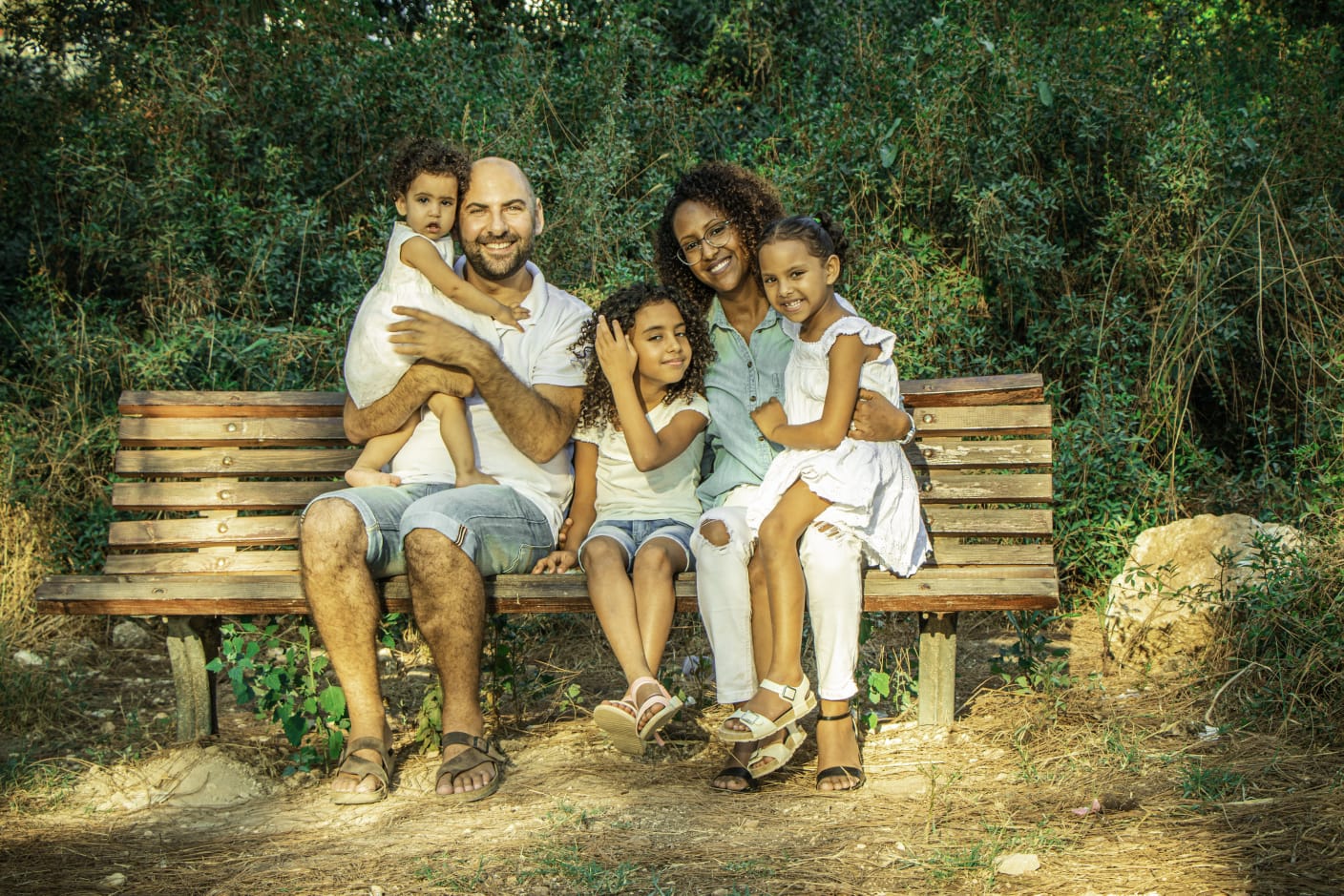 Joel Meyer, an English Oleh married to Eginsu Ashete Meyer, an Ethiopian immigrant, who had been guiding for years, until last February, said this on his Facebook page:

I like being a tourist guide and an educator. I love that each day brings new and unforeseen experiences and meaningful conversations. Or at least he did.

I love to be challenged by those I travel and work with and help others develop and explore their own opinions and perspectives. Unfortunately, since early March 2020, Israel has closed its borders to visitors and the field of inbound travel and tourism has all but disappeared. The economic challenges for tour guides and many others who work with receptive tourism are obvious. After a year and a half and no solution in sight, many people are struggling to survive and some have already slipped underwater (some have left the country in desperation). What we don’t always see, but no less important, is the emotional impact for many of losing their livelihood, their love, their direction and their means of expression. Watching how different countries around the world have found a way to responsibly reopen their borders to travelers, encourage tourism and support the industry – only serves to highlight that there is another way for governments to act rather than strangle an entire industry and with it those who depend on it.

It is on this last point that I would like to conclude with Israel, the “Start-Up Nation” whether under the previous government or the current government has not been able to pull itself together in order to reopen tourism in a responsible manner for tourists. fully vaccinated entrants. . Other neighboring countries, such as Greece and Italy, have managed to find safe solutions. The result is that millions of dollars are spent by tourists who cannot enter Israel and instead opt for alternative Mediterranean or global destinations. Israel is one of the few countries on planet Earth that has failed to find a solution to save the industry from inbound tourism. There was a brief experimental window in June and July of this year for groups, which went perfectly. Yet the authorities, in their infinite wisdom, have slammed that door. The big question is when will Israel ever reopen for inbound tourism? There are many solutions and options, if there is a will. Inbound tourism is not quite dead, but it is alive. Meanwhile, thousands of incoming tour guides, and the entire industry that depend on them, are going through soul-destroying times.

Dr Tuvia Book was born in London and raised in the UK and South Africa. After doing Aliya at the age of 17 and studying at the Yeshiva, he volunteered for the IDF, where he served in an elite combat unit. Upon graduation, he obtained his bachelor’s degree from Bar-Ilan University, as well as a certification in graphic design. He was then information officer at the Israeli consulate in Philadelphia, while earning a graduate degree in Jewish studies. Upon his return to Israel, Dr Book graduated from a study program with the Israeli Ministry of Tourism and is a licensed tour guide. Tuvia has worked in the field of Jewish education, both formal and informal, for many years. He has guided and taught Jewish students and educators from the English-speaking world for some of Israel’s major educational institutions and programs. Tuvia has guided groups for Birthright Israel since its inception and, in addition, has lectured throughout North America, Australia, Europe and South Africa. Tuvia served as Shaliach (envoy) for the Jewish Agency for Israel as director of Israeli and Zionist education at the Greater New York City Council for Jewish Education (Jewish Education Project). He was a lecturer / educational guide at the Alexander Muss Institute for Education in Israel (AMIIE) in Israel for a decade. Tuvia has taught at both Bar Ilan University and Hebrew University. He was editor-in-chief and lecturer at the Tikvah Fund. Tuvia is the author and illustrator of the internationally renowned Israeli education program; “For the Love of Zion; A Curriculum of Israel Studies” (Fifth Edition, Koren 2017) and “Moral Dilemmas of the Modern Israeli Soldier” (Rama, 2011) and holds a PhD in Israeli Education. His latest book, “The Jewish Travels, The Second Temple Period Until The Bar Kokhba Rebellion – 536 BCE-136 CE,” will be published by Koren this year.